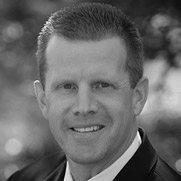 Since joining Land Advisors in 1998, Jim has consistently made his clients’ interest a top priority, providing them with integrity as well as superior transaction knowledge and in-depth market knowledge. In 2005, Jim opened Land Advisors’ Northern California office in Roseville, CA.

Jim earned the title of Top Salesperson of the Year in 1999 and 2002. In 2007, he was awarded the firm’s prestigious P.A.R.K. award by his peers for his professionalism, ambition, respectability and knowledge. Jim has played an integral role in the sale of more than 40,000 lots throughout the state of California for consideration exceeding $1.5 billion.

Prior to his tenure at Land Advisors, Jim served as Service Center Manager for Hills Pet Nutrition/Colgate Palmolive, where he managed warehouse and distribution facilities in Fresno, Hayward, and Sacramento. Jim holds a bachelor’s degree from the University of California at Riverside, where he also lettered in baseball for 4 years. He is a licensed California real estate professional.