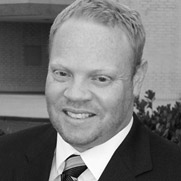 Prior to joining Land Advisors in 2010, Steve worked at Prudential California Realty for five years and started their Land Services Group. While at Prudential he successfully closed over 20 land transactions.

Prior to his real estate career, Steve played tennis professionally and competed on the ATP Tour. Before that, Steve attended San Jose State University where he studied Electrical Engineering. He is a licensed California real estate professional.